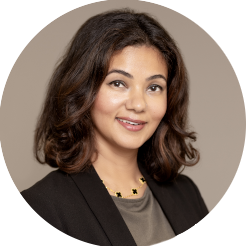 Michael Taibi graduated with his Bachelor of Arts in Economics from the prestigious liberal arts school, Davidson College, in 1989. At Davidson, Mr. Taibi concentrated some of his studies toward pre-law classes while staying active in his college government, holding positions in leadership such as Treasurer and President of Phi Delta Theta, his fraternity. A tribute to his academic success, Mr. Taibi placed among the top five percent of students taking the LSAT, the early examination for law school.

Mr. Taibi then went on to earn his J.D at California Western School of Law in 1992. Mr. Taibi worked as a law clerk for one of the leading criminal defense and family law firms in San Diego County while attending law school. As a student in a law firm, Mr. Taibi received an extremely valuable real-world education in what it means to be a lawyer and how to best represent clients across different areas of the law.

In 1992, after earning his law degree, Mr. Taibi walked into the courtroom the day after his acceptance into practice and began litigating. Mr. Taibi is approved to practice in all Courts across California, including all Federal District and State Courts, all Courts of Appeal, and the Supreme Court of California. Additionally, Mr. Taibi is a member of the American Bar Association, the San Diego County Bar Association, the State Bar of California and the Criminal Law Section of the State Bar.

In over 25 years of practice, Mr. Taibi has successfully defended clients in various criminal cases throughout California, from misdemeanor and felony DUIs to felony murder cases, both federal and state. He has been recognized as a top attorney by organizations such as the American Institute of Personal Injury Attorneys and the American Society of Legal Advocates. Mr. Taibi has vast experience and a keen knowledge of the law in various areas which has given him a unique view at the complexity of cases and how his clients matters can be resolved best.

Due to his extensive experience across many different areas of law, Mr. Taibi has represented and advocated for clients in thousands of issues, many of which crossover in different areas of law. He has successfully resolved felonies and misdemeanors, DUIs with and without injury, drug crimes, both state and federal, violent crimes, theft, robbery, issues involving military personnel, domestic violence, injury accidents, business and related white collar crimes such as embezzlement, welfare and social security fraud, immigration issues, and many more. In order to represent clients successfully, evaluate cases properly, and strategize in the best and most effective way, it is necessary to be skillful across many different areas of the law.

Mr. Taibi is a kind, sympathetic, intelligent, and aggressive attorney who is highly respected by judges and attorneys alike and has spent over 25 years gathering the knowledge and expertise to handle virtually any matter. 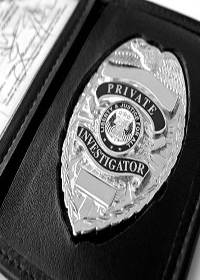 Our on-staff Private Investigator, Kevin Roncevich, is a veteran with multiple awards for his brave service, including two Armed Services Expeditionary Medals, the Good Conduct Medal, two Meritorious Unit Commendations, and many others.

After his time in the US Navy, Mr. Roncevich went to the Golden West Police Academy in Huntington Beach, graduating in April 2002. He was immediately hired by the city of Cypress PD. During his time as a law enforcement officer in Cypress, he wore several different hats- patrol officer, training officer, SWAT team, and detective. He has countless hours of on-the-job training, formalized training, and special advanced training. He also is proud to have received many awards and recognitions during his time as a law enforcement officer, including the Gold Distinguished Medal and several letters of commendation.

After retiring from law enforcement, Mr. Roncevich launched his own private security firm. He built a business plan from the ground up and took full control of day-to-day operations, including reviewing profits, losses, and all of the other responsibilities associated with being a business owner. While operating his private security firm, he started his private investigation business in 2015. He continued his education during this time while operating two businesses, earning multiple certificates in a variety of different topics related to his role as a private investigator.

I was arrested for a DUI last year, but Michael destroyed the prosecution's case against me and got it thrown out. I finally understand the difference between a lawyer and a law team. Thanks All.

I thought it was nearly impossible to challenge a DUI charge, but Orange County DUI defense lawyer saved my license and got the charges reduced. Couldn't be happier with the results.

MIchael and his staff got my DUI with drug possession charges dismissed for lack of sufficient evidence and fought tirelessly to do so. Their communication is what I hold most important because it kept me at ease during the whole trial. Strong law firm and recommended.

I've had the pleasure of working with this team for quite a few years. They are talented, brilliant, trusted, and caring attorneys who fight diligently for their clients and get excellent results. Highly recommended.

OC County DUI Defense Lawyers made navigating the judicial system an easy process. I needed to transfer the case from CA to UT which seemed extremely tough based on other attorneys I met with especially since we also had to deal with the DMV. The case was handled smoothly and with top professional guidance throughout. The only regret I have is not contacting them sooner.

They are the best, we met for over an hour to talk about my case, they walked me through the next steps and made sure I was calm and assured throughout the case. Needless to say, the results were fantastic and I'm here now saying my praises.